This is an ongoing and extremely challenging project, this project is located in the heart of Glasgow’s West End.  The project progressed on the basis of an all-encompassing fabric repair scheme and has evolved to include significant eradication of rot that has been identified in numerous areas to the property and also in accordance with the on site engineers major structural works which have included the partial rebuild of the rear elevation.  As per other all-encompassing fabric repair schemes works have also involved re-slating, replacement of lead, repairs to chimneys, replacement of gutters, introduction of new downpipes together with additional downpipe, re-rendering of defective gable, pointing and stone repairs, within the stairwell there were also works envisaged in terms of common stairwell window replacement, making good of wall surfaces and subsequent re-decoration. 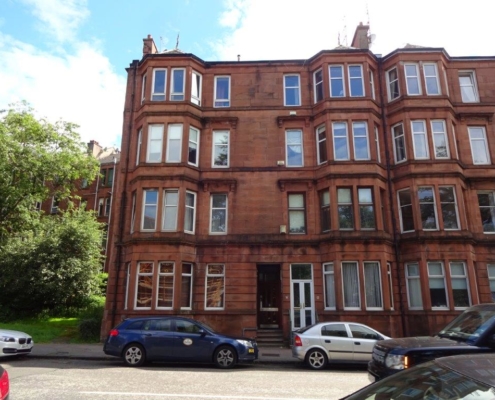 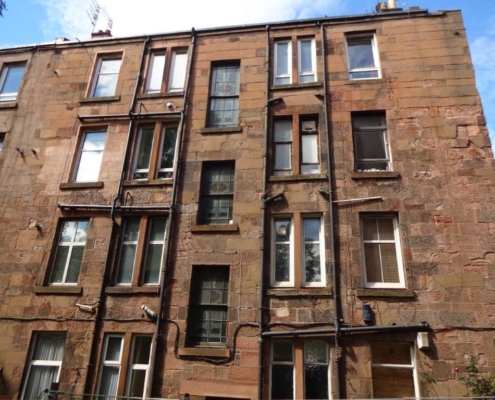 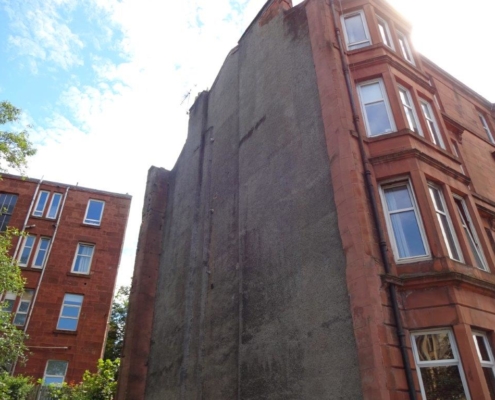 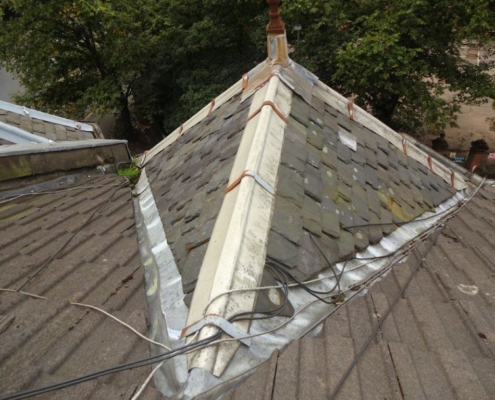 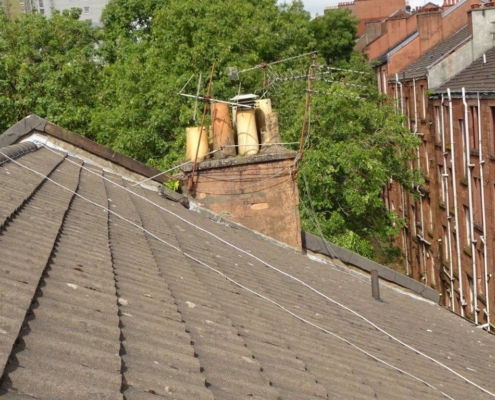 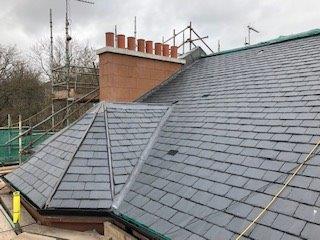 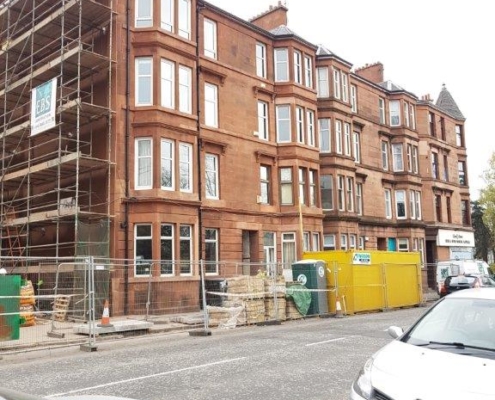 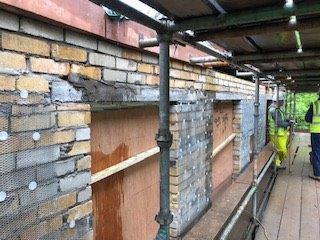